On August 28, 2007, the Laguna Hills City Council voted unanimously to adopt 3rd Battalion, 5th Marine Regiment, 1st Marine Division based at Camp Pendleton. As a result of this initiative, the Laguna Hills 3/5 Adoption Committee was formed, and was comprised of local volunteers.

The purpose of the adoption was to generate community support for the Battalion’s Marines, Sailors, and their families on an on-going basis, both when the Darkhorse Battalion is at Camp Pendleton and when all of the 3rd Battalion, 5th Marines are deployed.

The formulation of an effective support committee did not occur in the first few years following the adoption. In the summer of 2010, the news of the Battalion’s impending deployment to a volatile region of Afghanistan in the fall galvanized the City Council to reformulate a Committee under the leadership of Mike Bland.

“I was asked to head up the Laguna Hills 3/5 support group because of my interest in my community, and regular attendance of city council meetings. I accepted this because of my wife, Jean’s, father. He was a former USMC Lt Col, serving in WWII, as well as the Korean and Viet Nam Wars. I only was able to know him for a short five years before he passed away. It was because I had so much respect for him that when I was asked to head up this support group, I did so in memory and in honor of him. “

The City provided funds to complete the transition to a 501(c) 3 charitable organization, and a 5 member Board of Directors was formed. Mike built strong relationships with the 3/5 Marine command at Camp Pendleton, while organizing the Laguna Hills “troops.” Soon members of the community were participating in toy drives for the annual Christmas party, baby showers for expectant Marine spouses, and sending care packages to deployed Marines. In 2012 the annual Laguna Hills Memorial Day Half Marathon was officially named in honor of Darkhorse Marines. In 2014, Team Darkhorse created Tribute Banners to honor each of the 25 Marines who died in the 2010 Sangin, Afghanistan deployment.    The banners are displayed on city streets from Memorial Weekend through July 4th, and smaller replica banners are displayed in a Memorial Booth at the EXPO following the race.

Team Darkhorse has continued to build a mutually beneficial relationship with 3/5. Marine static displays of armament are present at the Laguna Hills Community Center every Memorial Day and 4th of July. Gold Star family members regularly attend the Memorial Day events that honor their sons. Marines who no longer serve on active duty continue to participate in Team Darkhorse sponsored activities. Wounded warriors are honored every year as the Grand Marshall of the Memorial Day races.

Our story continues to evolve as the citizens of Laguna Hills, and sometimes outside Laguna Hills, have increasingly stepped forward to join or assist Team Darkhorse in our mission to support, encourage and, when needed, relieve the Marines, Sailors and families of 3/5. Our activities are elaborated on various pages of this website.

Mike Bland served as Chairman of Team Darkhorse from its founding in late 2010 until he stepped down in December 2013. Mike built an organization from a handful of people to a team of dedicated volunteers. Mike was honored as the Camp Pendleton civilian volunteer of the year in 2013.

“It has been the most amazing three years supporting our Darkhorse Marines and their families. They have been filled with many great blessings. I am so pleased the City renamed their Memorial Day event in 2012 to honor our Darkhorse Marines. Our support group has followed the Darkhorse motto of ‘Get Some’. This refers to giving the maximum effort to achieve the highest standards of achievement."

MEMBER OF THE LAGUNA HILLS CHAMBER OF COMMERCE 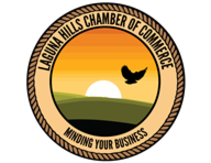